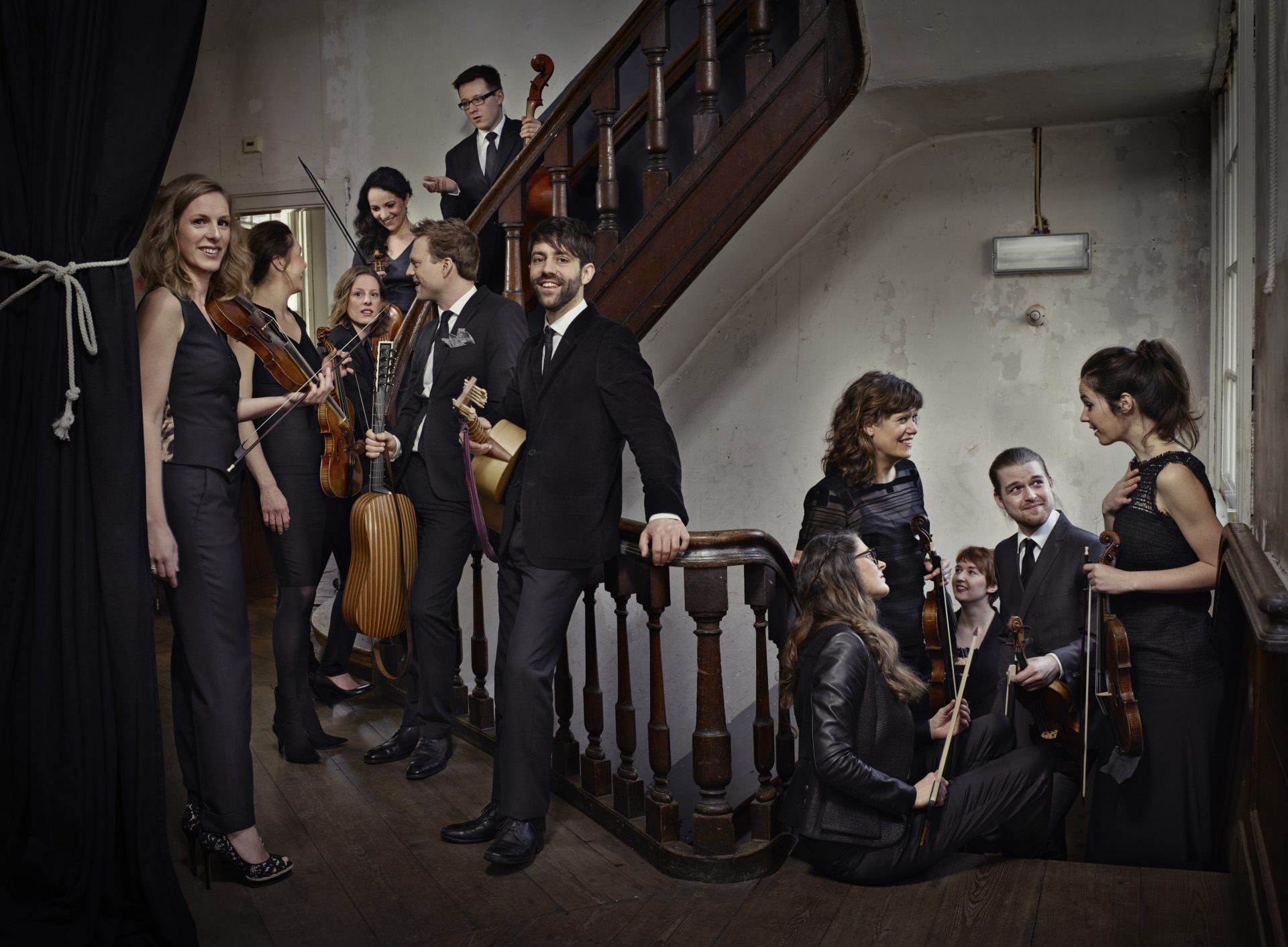 Dingeman van Wijnen (Friesch Dagblad)
Return to about us

Holland Baroque is an original and innovative baroque orchestra. The musicians use their instruments to sing, dance, cry, and laugh through tradition, innovation, surprise, and a dash of entertainment. Founded in 2006, Holland Baroque has worked with many soloists, composers, choirs, and theatre producers.

Encounters with soloists often result in warm friendships and unlock new worlds of sound. The easy blend of Eric Vloeimans’ velvety sound with the cornetto shows us that baroque is now. Together this trumpet whisperer and Holland Baroque were awarded an Edison for their album Carrousel.

Touring with piano virtuoso Leszek Możdżer proved that in a baroque orchestra the score can keep changing when the composer is improvising among the musicians. Cellist Giovanni Sollima wrote compositions for Holland Baroque that could not have been more Neapolitan: again, a tribute to the past and at the same time as current as today’s news.

Holland Baroque and Reinbert de Leeuw became close friends during their quest for his truth behind Bach’s St. Matthew Passion. Cherry Duyns made a documentary about this process, which was shown in cinemas for months. Bach in the cinema: a unique event.

Tineke and Judith Steenbrink are the artistic team and beating heart of the ensemble. These baroque twins curate the ensemble’s sound, create original programmes, and rewrite repertoire according to Holland Baroque’s style. After years of musical encounters it is crystal clear to us: baroque can be found in many places. Baroque is now.

Stay informed Sign-up for our monthly newsletter (dutch), have a chance to win a CD
Subscribe
Holland Baroque - +31 (0)30 2751840, info@hollandbaroque.com, Doelenstraat 44 3512 XJ Utrecht
Baroque is now
in fb tw yt li sf
Our activities are made possible in part by a contribution from the Ministry of Education, Culture and Science and Municipality of Utrecht