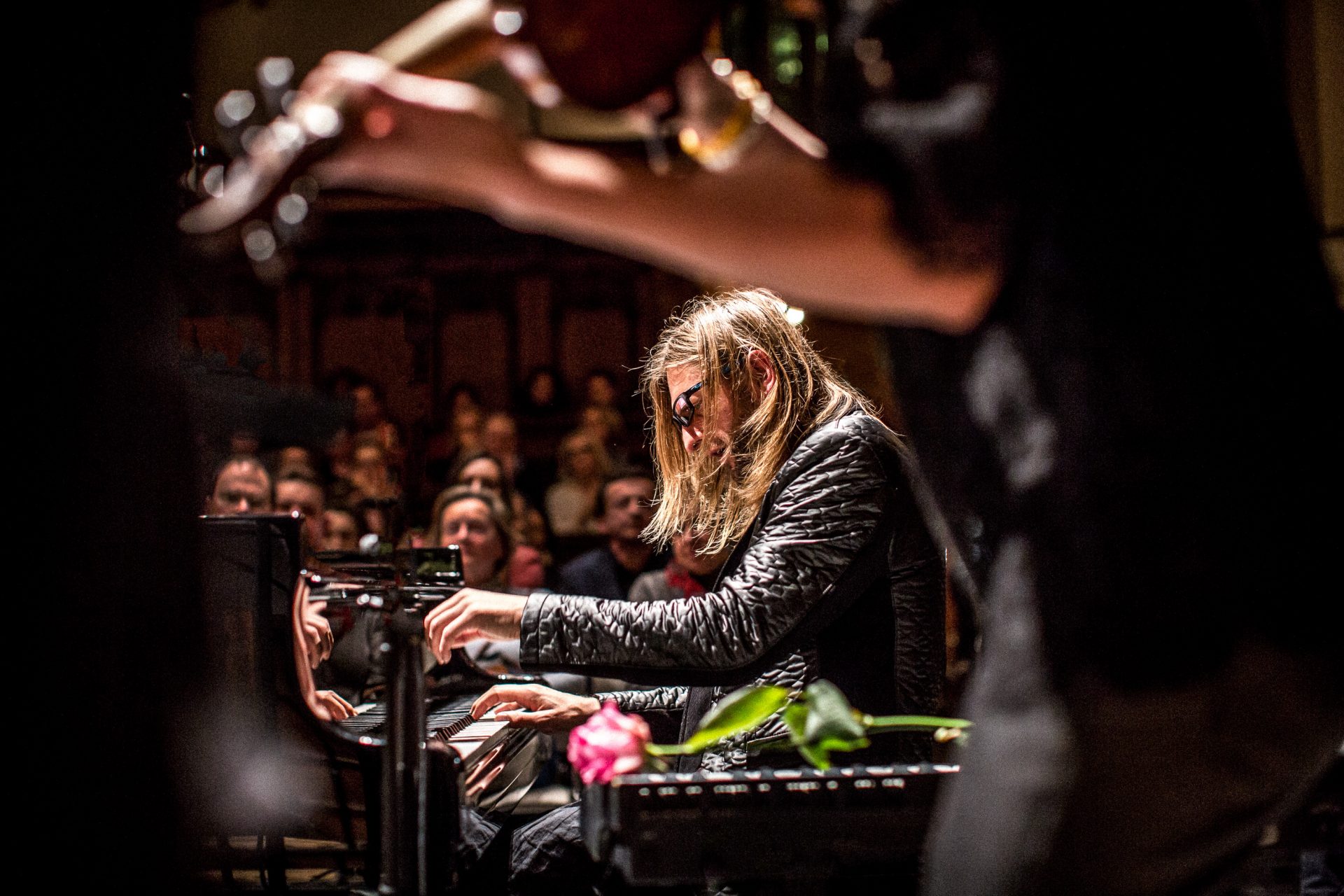 On Culturele Zondagen in Utrecht

Worldwide Leszek Możdżer is considered to be one of the greatest Polish Jazz artists of the past decade.

After an extensive and completed classical education, he became interested in jazz relatively late, when he was 18.A year later he won the International Junior Jazz Competition in Krakow. Since that moment he has been elected Best Jazz Pianist every year according to the Polish Jazz Forum.

In January 2017 Holland Baroque first performed with this wonderful pianist. The cd ‘Earth Particles’ was awarded gold within weeks after its release.

Leszek Możdżer about the encounter with Holland Baroque: “When I got the proposal from Holland Baroque Ensemble I got really excited. I had a good feeling about this cooperation. I had the inner imagination of the music I was going to write, but it took few months to start writing. Circling around my computer I had a feeling this needs something more to get inspired. Just the deadline was not enough, I had to get some food for my soul. Spontaneously I decided to fly to Sri Lanka, where I started my work and then to India. This was it. I escaped from my environment and found myself inside one of the famous indian ashrams. Resonating with the natural rhythm of the ashram inhabitants I woke up every day at 4:30 am and sat at the computer. In few weeks the music was ready. I got back to Poland to adjust the final charts and prepare the scores for the orchestra. I did not put any dynamic or articulation signs, I knew that the baroque musicians will find a way to perform it the way they feel it should be played.Being a “baroque freak” seems to be not easy today, it takes the inner strength and certain amount of faith. You have to leave the mainstream, change the tuning, change the bowing, change the way you hold your instrument… Playing with a bunch of freaks seemed to be very exciting, but the final result overcame my expectations. Suddenly I found myself among people like me. People who truly seek the beauty and simply love music. Every note had a meaning, every second of music revealed a significance which was raising the level of natural joy. Each segment was being discussed, but the music was unfolding naturally during the rehearsal, with every take the new possibilities of interpretation appeared so even the discussion was unnecessary. We just played and smiled, smiled and played. The natural flow of music was dragging us into new expanses, ideas appeared suddenly, the joy became a permanent ingredient of our work. This was it. I found good partners. Few times in a life time you meet the people you want to play with. But play for real. It is not a job. It is not just a next gig. It is a vocation. It is a message you want to spread with your life. A message of higher harmony, grace and love. The inner longing of soul. This cooperation is like that. This is it.”