Bach and Eisler, the 'Ovation Tour' with Thomas Oliemans

Eight concerts between February 4 and February 17, 2023. Baritone Thomas Oliemans won 'De Ovatie' in 2021. He was awarded the VSCD Classical Music Prize in 2021, partly due to his collaboration with Holland Baroque during the lockdown period. 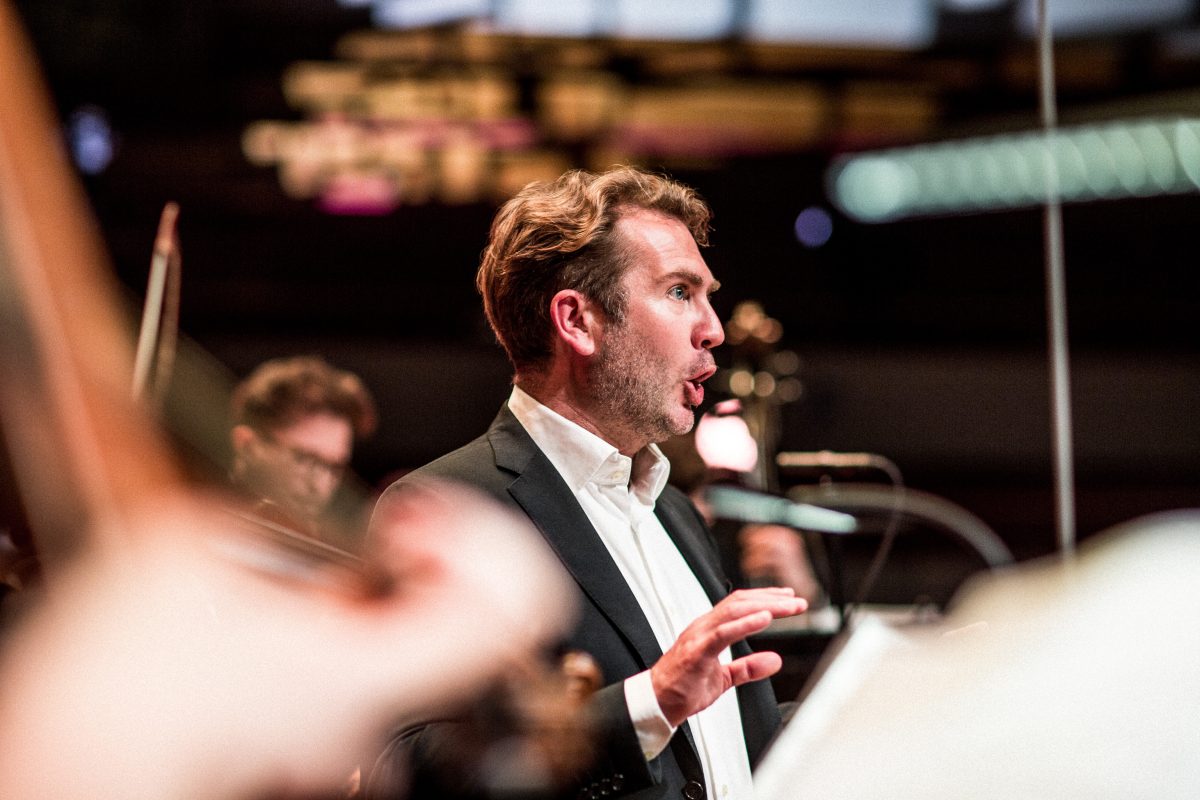 Johann Sebastian Bach and Hanns Eisler, contrasting composers or music artists with many commonalities? This unexpected combination brought the adventurers of Holland Baroque together with the masterful baritone Thomas Oliemans.

The jury report described: “Thomas Oliemans is one of the most inventive minds to stand out in recent times. Including in a solo program around Schubert and Harry Bannink and during a collaboration with Holland Baroque. The baritone manifests itself as a versatile musician. Thomas Oliemans is a warm musician who shares his enthusiasm for his music with the audience in his kaleidoscopic performances.”

A search for meaning
Thomas Oliemans: “What I find so fascinating about bringing these pieces together is the extraordinarily probing and personal way in which both Bach and Eisler treat a similar theme. The search for the meaning or meaninglessness of life, interpreted by composers who approach each other through intensity.”

Eisler’s songs are written for voice and piano. Bach’s cantata ‘Ich habe genug’ is written for a sober instrumentation: oboe, strings, basso continuo and a bass solo voice. Judith and Tineke Steenbrink made new arrangements for the baroque orchestra for Eisler’s pieces. In addition to the silvery sound of the strings, the harmonium makes an important contribution to Eisler’s often thin, ominous and alienating atmosphere.

Hanns Eisler: soldier during World War I, fled Germany to reach Los Angeles via Paris and London. In 1948 he was expelled from the US, only to be tried again in East Berlin on suspicion of wrong motives. Cut off from his roots, searching for the meaninglessness of existence, he set Brecht’s words to music in an inimitable way. In his songs you can hear the displaced and his longing for a better world. Johann Sebastian Bach and Hanns Eisler. Heavenly happiness seems to lie on the other side of both composers. Where we are not…

Bach’s cantata ‘Ich habe genug’ (BWV 82) is widely known. According to Thomas Oliemans, the theme is ‘being thrown back on yourself’ and ‘how should you live’? How do you give meaning to your life and when do you have enough? Thomas: “What I find fascinating about bringing these pieces by Bach and Eisler together is the extraordinarily probing and personal way in which they ultimately deal with a similar, highly relevant theme.”

Also during this concert two organ works by Bach for orchestra will be played by Judith and Tineke Steenbrink: the monumental Passacaglia (BWV 582) and the virtuoso, almost frivolous Concerto (BWV 595).

Judith Steenbrink: “I find it striking how often Eisler lets his singer play solo, without accompaniment. Most composers first give a short instrumental introduction. Eisler does not give any support to the singer. This has a bare and uncomfortable and at the same time urgent effect. Eisler immediately gets to the often-unpleasant core. Brilliant in its brevity.”

According to Tineke Steenbrink, every Bach lover can also ‘enjoy Eisler’s songs.’ Tineke explains: ‘Eisler always applies the old composition techniques. One time emphatically, the other time loosely in passing.
This is how you hear Bachian mathematics in the three opening bars of ‘Elegy 1943’!

This program of Johann Sebastian Bach and Hanns Eisler, based on a repertoire that seems contrasting at first, is now touring the concert halls for the first time.

Stay informed Sign-up for our monthly newsletter (dutch), have a chance to win a CD
Subscribe
Holland Baroque - +31 (0)30 2751840, info@hollandbaroque.com, Doelenstraat 44 3512 XJ Utrecht
Baroque is now
in fb tw yt li sf
Our activities are made possible in part by a contribution from the Ministry of Education, Culture and Science and Municipality of Utrecht